Dennis Wingo: Status, Friday evening September 20, 2013. We are in the process of clearing our backlog of processed tapes. There is a tremendous amount of extremely tedious work that Austin has to do in organizing and processing the raw image scans into framelets first, then into images. We are going to stand down for a few days on capturing images while we catch up some.
Here is the stack of tapes from Woomera and Goldstone completed from Lunar Orbiter V. The second stack are the remaining tapes, all from Madrid, that have to be processed.
We have a couple of cool images that we have processed that we will show next week! — at McMoons.
Click on images to enlarge 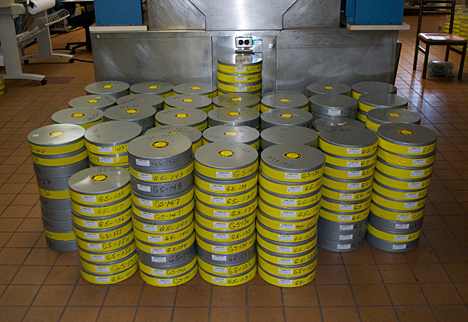 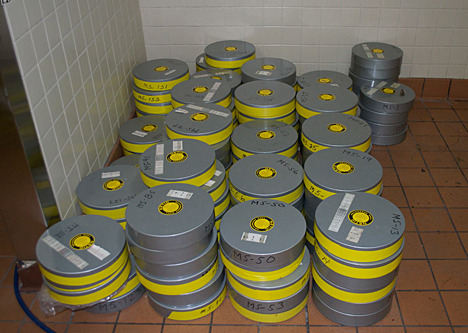 Dennis Wingo: Status End of Day Wednesday, September 18, 2013
Well got more done today! We just finished capturing G5-148, meaning we have ten more Goldstone tapes to go!
Among the images captured today was the Earth image of LOV-027H. It should look mega cool with our processing that we have now.
One big darn headache that took forever to sort out today is that Goldstone not only quit putting sequence numbers on the tapes, they must have forgotten two tapes after G5-136 and numbered them for the following day as G5-146 and G5-147′. That single quote is for G5-147 prime as it is normally known. So we have TWO TAPES labeled G5-147! It looks like the operator of the FR-900 had a bad day or two. The only way to figure these things out is to actually watch every darn frame let and figure out where the end of frames are. No two high res or medium res images start or end on the same framlet, thanks to how the resolution charts were imprinted on the film.
So, I will list the images in the morning. Going for wine now! 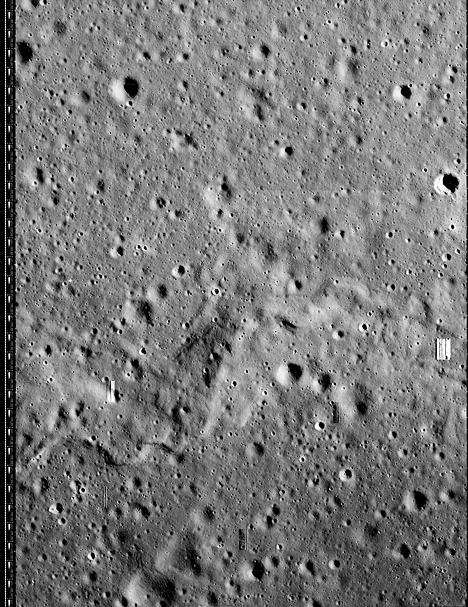 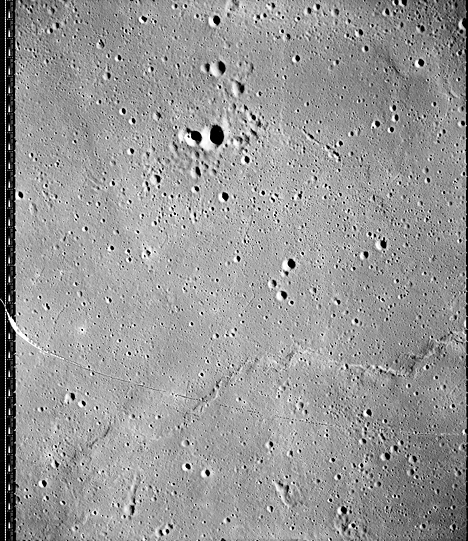 Dennis Wingo: Status, end of day, September 16, 2013
My head hurts. When NASA was doing the priority readout of the LOV images, they did a lot more of them than on the previous missions. It looks like they did more early in the mission than later in the mission. Thus today has been an exercise in checking out each tape that we do against previous captures of Goldstone and Woomera tapes now. We do this as every minute we save of head life means another tape that we could capture.
I have captured some data that is a duplication and I don’t want to do it. Another issue is that some of our tapes have not been processed yet so I have to refer to my notes a lot.
Making things WORSE on us is the fact that JPL quit putting the sequence numbers on the tape which has been our ONLY WAY to reference what was on the tapes without comparing the times that the machine was one for each site which bless em they still put the TIME CAPTURED on the tapes. However, for these overlaps it does not work as the times are not correlated so I have to play each tape, at least the first couple and the last couple of framelets, figure out what sequence number the tape actually is from, and then measure that against my paperwork from the LOV photo addendum record.
That is why my head hurts. I need coffee.
The bottom line is that though we have captured little data today, we are through tape G5-136. So that means 21 tapes to go for Goldstone! 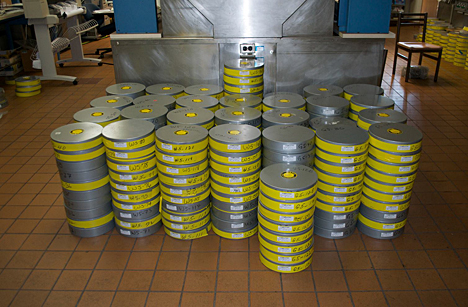 Dennis Wingo: – Status, end of day Friday September 13, 2013.
A very productive day today. I am currently finishing up G5-129, yep that is 15 tapes today. Some only needed a few framelets and a couple I did not have to run at all but that is still a heck of a lot of work. Since August 18th we have process 249 tapes, representing almost 5,000 lbs of tape product moved twice. I will post the tape to image numbers when I can….
Here is a picture of the tape pile for LOV as it continues to grow.
There is a reason that we are getting more head life. One is that since we don’t really have to play these tapes again we have the heads “dig” into the tapes with more pressure, allowing a worn head to still provide signal. Another factor is that the head that these tapes were made on was worn itself as they record what the tip size is so that we can tell that. So a couple of lucky breaks plus knowing how to finagle the last bit of head life has helped us along. Click on image to enlarge. 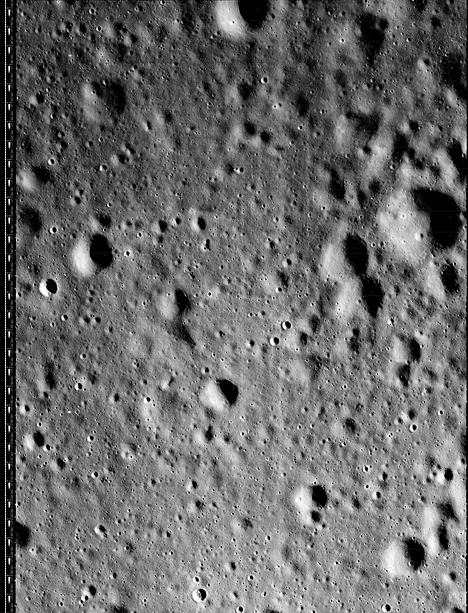 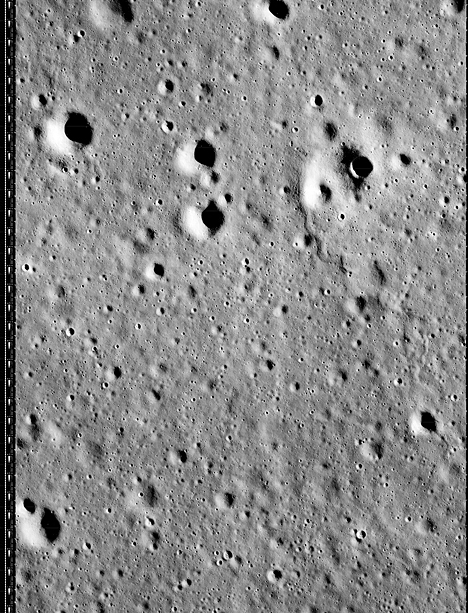 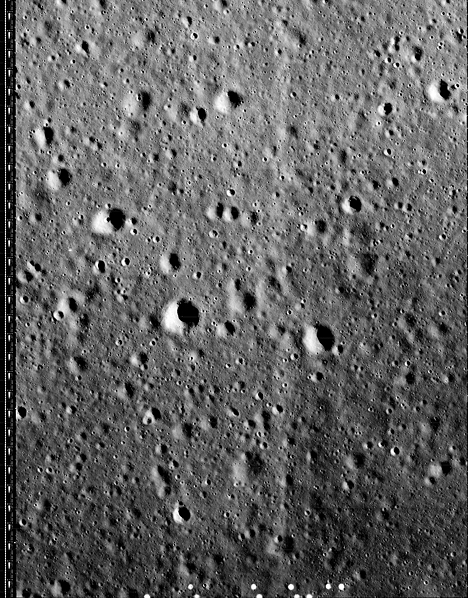