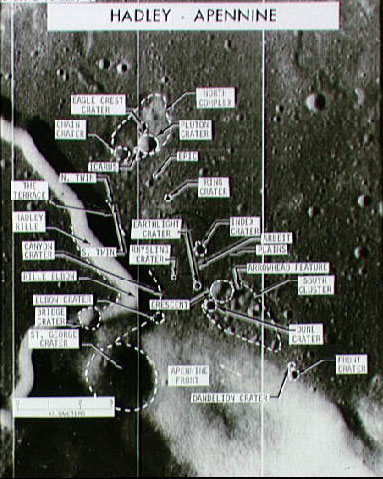 An enlarged Lunar Orbiter photograph of the Apollo 15 landing area in the Hadley-Apennine region on the nearside of the Moon. The overlay indicates the location of the numerous informally-named surface features. These names will facilitate understanding the verbal descriptions from the astronauts during their lunar surface extravehicular activity. 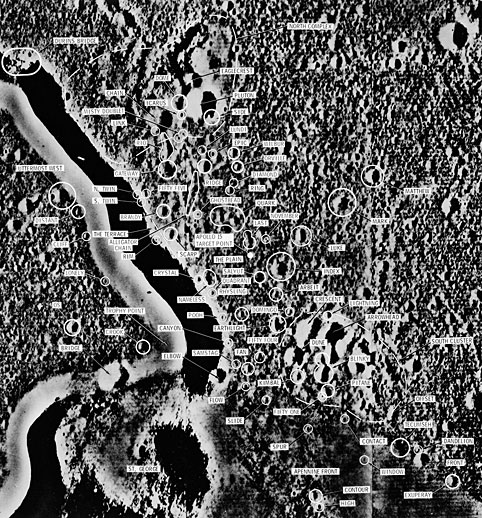