“This is an artist’s impression of how an unmanned would look as it neared Mars before going into a the planet. The Boeing Company has proposed building such a spacecraft, using technology developed during the successful Lunar Orbiter program. It would carry automatic equipment for taking, developing and sending back to Earth close-up photos of our neighboring planets. The spacecraft would operate in orbit for about a year and could be used on missions to Mars or Venus.” Larger image. 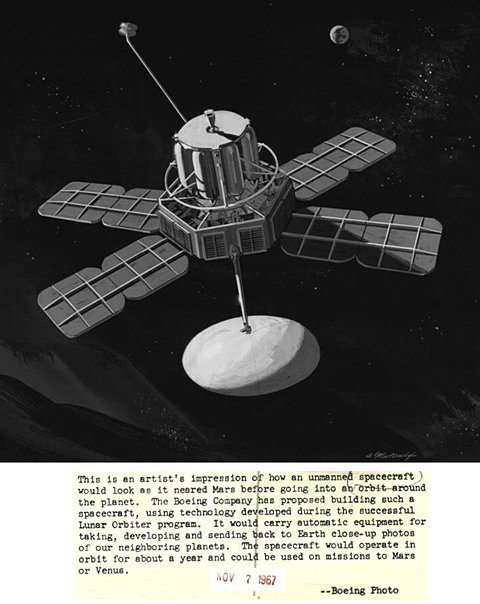 Dennis Wingo: “Michael Wright came by and picked up his image this past week and we took a picture of him with our FR-900 machine. We thank Michael for his support! He also brought by some pictures of paintings by LOIRP benefactor Don Davis, of the iconic L5 habitat images from Gerry O’Neil’s studies in the 70’s. Many of us are Gerry’s kids…” 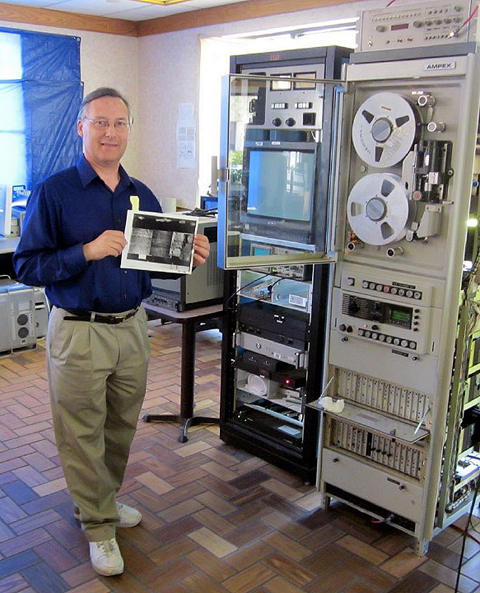 Dennis Wingo: “Today has been organization and logistics day for shipping stuff. We have all of the prints and their certificates done for the $1000, $750, and $500 prizes. We are missing some addresses and even names! I will email those folks tonight. The images below are your certificates. The gold rimmed certificates are for the $5000, and $1000 prizes and the rest get the certificates with the green border. Stuff will start being mailed tomorrow we promise….” 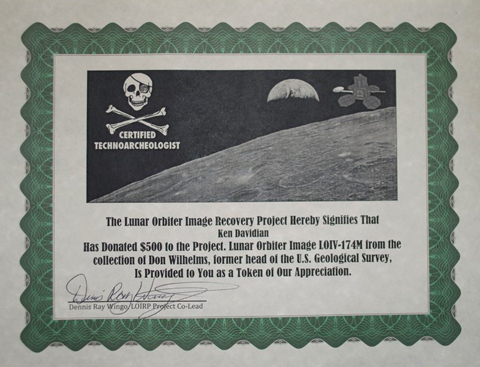 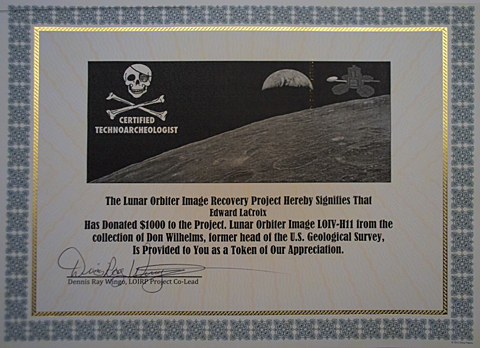 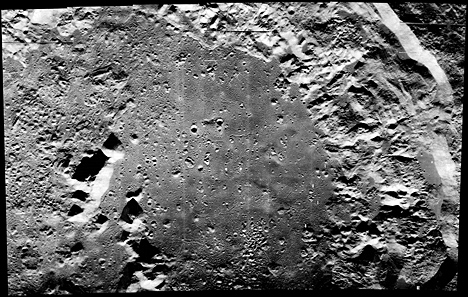 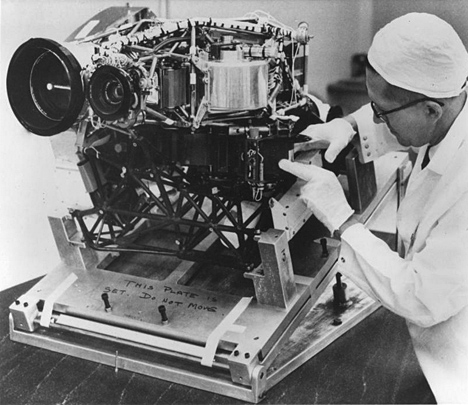 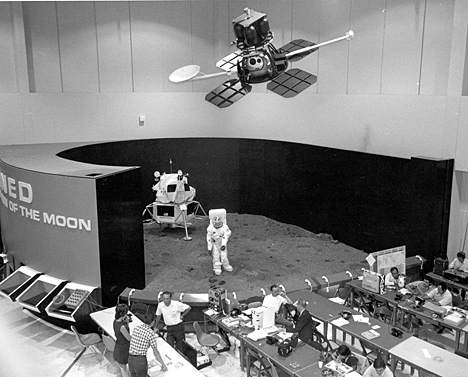 A model of the Boeing-built Lunar Orbiter, which paved the way for the Apollo 11 mission with its close-up photos of the moon, looks down on a mockup of a lunar landscape at the press center in Houston. (Boeing photo). Larger Image.

Our friend Andrew Filo of Special Projects from Cupertino, CA has the Lunar Orbiter models almost done for those who donated for the models as your prize. Thanks very kindly and they will be sent out in about a week. We are starting to get everything together for fulfillment of the items that you got for your donations. Looking forward to getting everything to you! 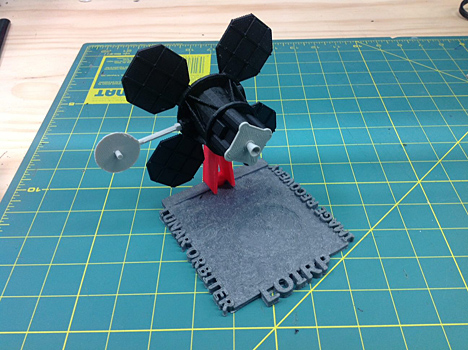 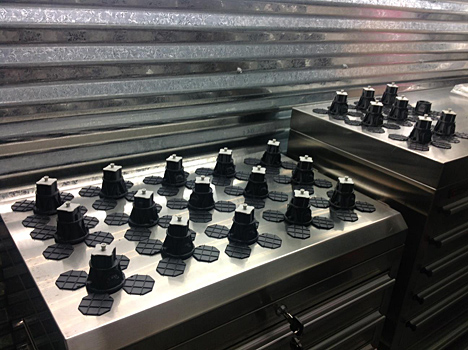