At the start of a new year, here is a new formal report. A lot has happened since late December.
Funding
We finally got the funding in place and to us around the 17th of December that allowed us to pay vendors that were working with us on many parts. Their status as of today is as follows:
Heads
I just visited Video Magnetics in Colorado Springs, CO last week on another trip and they have made good progress. Here in figure 1 is a nice picture of Edwardo Lailao, the last guy in the world that still knows how to refurbish these heads: 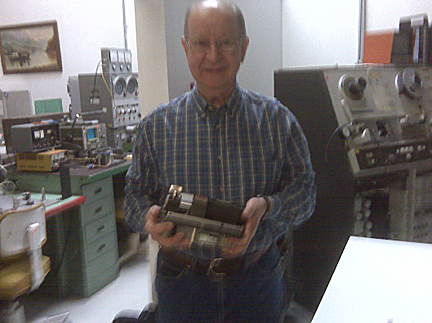 END_OF_DOCUMENT_TOKEN_TO_BE_REPLACED

Using a NASA radar flying aboard India’s Chandrayaan-1 spacecraft, scientists are getting their first look inside the moon’s coldest, darkest craters. The Mini-SAR instrument, a lightweight, synthetic aperture radar, has passed its initial in-flight tests and sent back its first data. The images show the floors of permanently-shadowed polar craters on the moon that aren’t visible from Earth. Scientists are using the instrument to map and search the insides of the craters for water ice. More 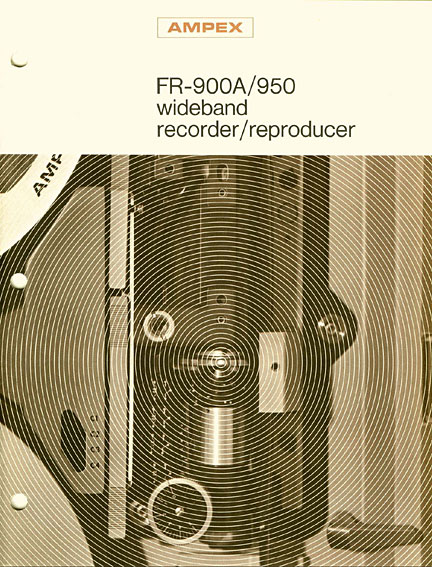 Nearly 40 years after Nasa’s Apollo flights, which put a man on the moon, India’s Chandrayaan mission launched on October 22, 2008, recently did something unique this week it mapped the landing sites of the six Apollo missions on the moon and the process ended on Saturday. The Apollo flights were launched between July 1969 and December 1972. [More]

A long-standing astronomical mystery is “What type of star system will explode as a supernova?” It turns out that this question can be resolved by looking at century-old photographs. On studying archival data back to 1890, the result is that recurrent novae are the precursors to supernovae. With this knowledge, astronomical theorists can now perform the calculations to make subtle corrections that allow for the promise of precision-cosmology by upcoming programs involving supernovae. The lesson here is that old astronomical archives are valuable resources that can be used to produce unique and front-line science, in ways that no combination of modern telescopes can provide. [More]

SpaceRef Review: As we descend upon the 40th anniversary of the first humans to stand on the moon, the books, and movies, and DVDs, and websites all seem hell bent on a collision – each one trying to best encapsulate the Apollo experience. While Apollo 11 was the first mission to put people on the moon – other missions followed.  And while the experience of walking on the Moon was shared by a precious few, the opinions of the moonwalkers are remarkably diverse so as to allow everyone to identify with what it must have been like to be there.
Once again, in his book “Voices From the Moon: Apollo Astronauts Describe Their Lunar Experiences”, author Andy Chaikin has managed to distill and then capture the essence of Apollo. Indeed, if there is anyone who has lived and breathed Apollo for the past 40 years, it has been Andy.  He kept the flame alive when most of us looked  at Apollo as old hat.  Now, suddenly, it is new again.
Andy did not write this book in the traditional sense. The words are virtually all from the Apollo crews. Nor did he take the pictures – they were also taken by others. Rather, Andy’s artistry is evidenced in how he sat and listened as the crew spoke – sometimes from the grave.  He weaved their words and pictures into a narrative about what it was like to go, to live, and then to return from this amazing place.
Many of the images are familiar but many more are not. Often, the images chosen for this book were not what people wanted to see in Life Magazine in 1969, so they were never seen by more than a small few. My favorite in this book is opposite Chapter 9 – “Apollo 13”. I am not certain if it was taken on approach or on return from the Moon. That said, it shows a small grey orb, partially lit in the distance – again it is either a destination or a memory.  Across from the image is a quote from Apollo 13 astronaut Fred Haise which captures the moment when the crew simultaneously knew that their dreams were crushed – and their lives were very much at risk.
Another favorite is a lunar panorama with a telephoto insert showing the Lunar Module “Falcon” utterly dwarfed as it is set against the vast expanse of the Moon. We seem to have forgotten just how awe-inspiring a place the Moon truly is. Maybe it is time to  go back and get re-awed all over again.
It is good that these voices were brought back together, perhaps one last time.  As we celebrate the 40th anniversary of this grand human adventure, the eyewitnesses  have already begun to dwindle in number. A decade hence, that number will be much smaller.
Soon there will only be words and pictures. This book will be at the top of the pile.
Keith Cowing, editor, NASAWatch.com, SpaceRef.com, OnOrbit.com

Apollo: Through the Eyes of the Astronauts, by Robert Jacobs, Michael Cabbage, Stephen Hawking, Lucy Hawking

Apollo is a photographic commemoration of the Apollo lunar missions as seen through the eyes of the astronauts. Each of the surviving 21 astronauts from the Apollo missions has chosen a favorite photograph from his space flight especially for this book. These selections are accompanied by other iconic photographs from the Apollo missions. Bestselling astrophysicist Stephen Hawking and his daughter Lucy Hawking contribute a foreword on the meaning of the space exploration. July 20, 2009, marks the 40th anniversary of the first manned landing on the Moon by Neil Armstrong and Buzz Aldrin of Apollo 11. Apollo is the only photographic book on the Apollo missions to be created by NASA, and is the perfect commemorative volume about this epochal program, where legendary achievement was recorded in powerful images.