Dennis Wingo Lunar Orbiter Status, mid afternoon January 29, 2014
Just a short status as the LO-I tapes take a lot of time and effort.
Getting a handle on finding where the medium resolution image actually is on a tape. Not as easy as it could be as the document that we have used very successfully on the other missions does not exist for LO-I.
I am basically taking the sequence numbers from the tape and finding where that sequence number was captured and then noting the frame let numbers for a medium resolution image. After looking at the first frame let of the tape I can figure out where the medium resolution image is on the tape with some guessing and playback effort.
So far we are on W1-012 today.
This brings the total left to go down to 275.

Dennis Wingo Lunar Orbiter Status, Monday January 27th 2014
Well, we have quasi completed Lunar Orbiter IV! I state it as quasi as we have found three additional tapes that will not play, no matter which head we use. It is our speculation that after a head was changed at the Madrid ground station that tapes M4-(53-55) somehow had a bad calibration that ended up with a bad recording. We speculate on this as tape M4-056 works just fine and there is no way that if the problem was related to an old vs new head that this would have happened.
Anyway we played tapes M4-(57-60) and tapes M4-(66-79) today. We are missing tapes 80 and 81 so we are done, that is until cleanup after we finish LO-I. We still want to go back and try these tapes again but for now we are done with LO-IV!
The tapes from 66-79 were all from the bad part of the spacecraft downlink where they were having problems so we did not get too much good stuff there, other than some gap filling to flesh out some missing frame lets in medium resolution images. I will put out the tapes vs images in a follow on post.
Here is an image of the first tape from Lunar Orbiter 1 sitting on the FR-900! Away we go! 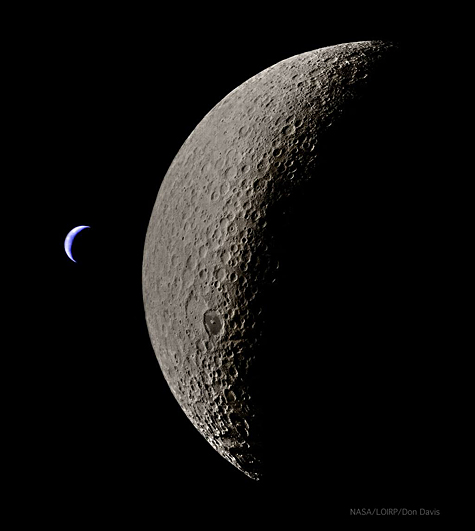 Don Davis via Facebook: “A Lunar Orbiter photo given new life by the Lunar Orbiter Image Recovery Project (LOIRP). This was taken by the Lunar Orbiter IV large format film camera’s wide angle lens (in black and white) on May 19, 1967. The digitally recovered photo data is significantly better than previously available material. I have done a quick colorization and minor cleanup of this image.”
Click on image to enlarge.
See: Another Lunar Orbiter Earthrise Retrieved and Enhanced for more information on the recent recovery and enhancement of this image.

Dennis Wingo: Status, afternoon January 21, 2014
It’s dead Jim….
The head that is on the FR-900 right now has been running for about 150 hours. It’s tip projection is below the recommended minimum for the lunar orbiter tapes. When the Madrid ground station changed their head after M4-52 the machine quit working. After much pain and suffering and scratching of heads Ken and Terry Smith, another old hand figured out that as the tip’s wear down the velocity changes ((pi*r^2)). Due to the fact that the Lunar Orbiter tapes have a signal that must be demodulated accurate to one hertz, this presents a problem. We have quasi proved this by taking tape M4-111, the last tape for Madrid, putting it on the machine, and adjusting the tip penetration out as far as it will go. That tape is playing back.
However……
This won’t work for all of the tapes and thus I will now work backward from M4-111 to see how many I can get done….
As captain Taggart would say…
Never Give Up! Never Surrender! 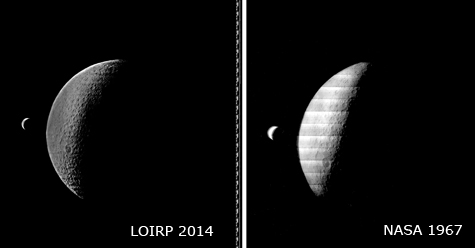 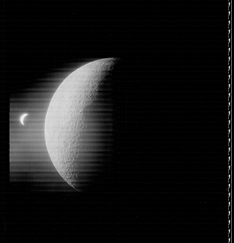 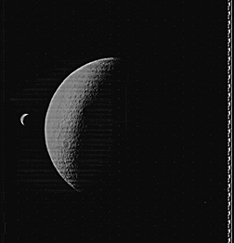 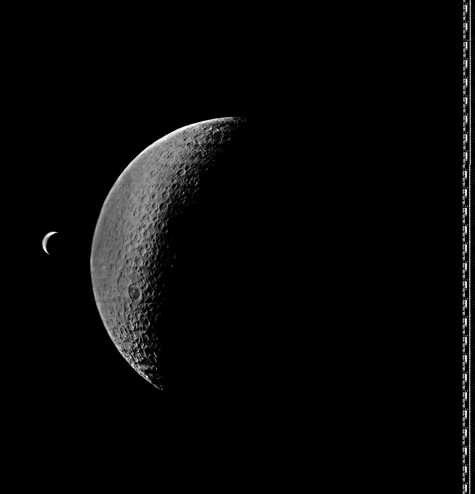 Dennis Wingo Status, end of day, Friday January 17, 2014
We completed Madrid tape M4-052 yesterday, which gets us almost half way through the Madrid captures… That’s the good news.
The bad news is that the ground station changed heads yesterday and now our head is not working. It was at the end of the day and we will figure out what the changes were on Monday.
It’s always something! 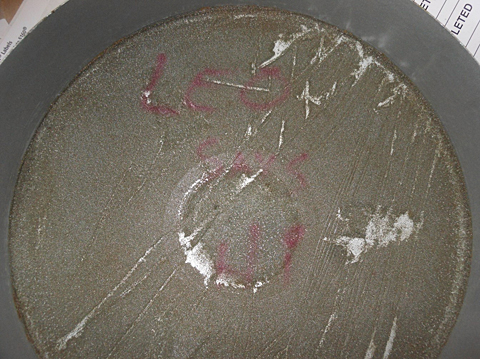