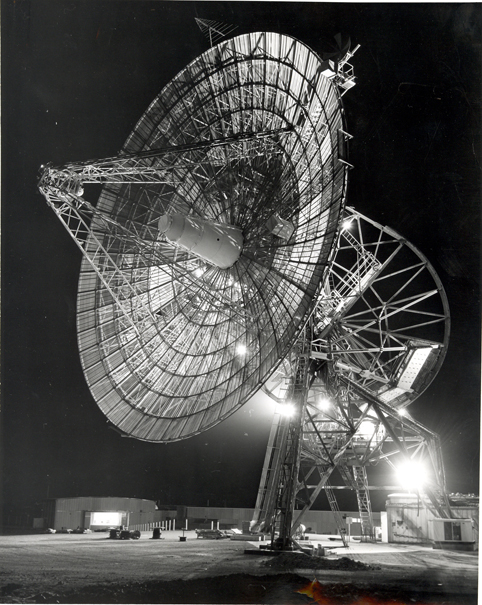 Editor’s note: DSS 41 at Woomera was one of the three locations where all Lunar Orbiter Imagery was received on Earth between 1966-1967
This 26 meter (85 foot) antenna operated in Woomera (Island Lagoon), Australia at Deep Space Station (DSS) 41, established in August 1960. The Island Lagoon site was the first deep space station to be established outside the United States and the first Australian antenna NASA built.
The station was operated by the Australian Department of Supply and helped support the Ranger and early Mariner missions, as well as communications from the Deep Space Network (DSN) complex in Goldstone, California via a moon bounce. Woomera’s antenna ceased operations in 1972.
Today, the Deep Space Network — consisting of three sites in Goldstone, California; Madrid, Spain; and Canberra, Australia — supports space communications for NASA and non-NASA missions that explore the furthest points of our solar system. Each complex currently has a 70 meter (230 foot) antenna, one 34 meter (111 foot) High Efficiency (HEF) antenna, and one or more 34 meter Beam Wave Guide (BWG) antenna. The Deep Space Network is operated 24 hours a day, seven days a week, 365 days per year. To support future mission needs, construction is currently underway in Canberra, Australia to add two new 34 meter BWG antennas, Deep Space Station 35 (DSS-35) and DSS-36 by 2018.
Larger image Image Credit: NASA 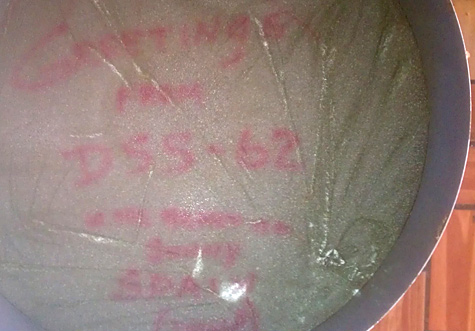 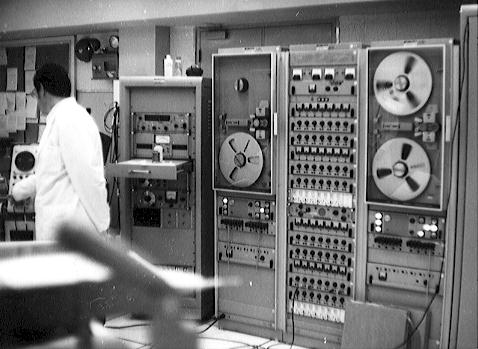 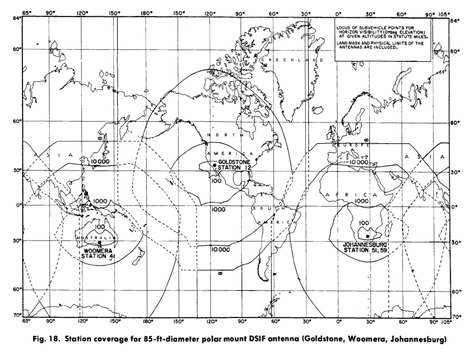