The Hackers Who Recovered NASA’s Lost Lunar Photos, Wired
“Sitting incongruously among the hangars and laboratories of NASA’s Ames Research Center in Silicon Valley is the squat facade of an old McDonald’s. You won’t get a burger there, though-its cash registers and soft-serve machines have given way to old tape drives and modern computers run by a rogue team of hacker engineers who’ve rechristened the place McMoon’s. These self-described techno-archaeologists have been on a mission to recover and digitize forgotten photos taken in the ’60s by a quintet of scuttled lunar satellites. The Lunar Orbiter Image Recovery Progject has since 2007 brought some 2,000 pictures back from 1,500 analog data tapes. They contain the first high-resolution photographs ever taken from behind the lunar horizon, including the first photo of an earthrise (first slide above). Thanks to the technical savvy and DIY engineering of the team at LOIRP, it’s being seen at a higher resolution than was ever previously possible.”

“YouTube sensation Veritasium visits an abandoned McDonalds on the NASA Ames campus to reveal the first original lunar images, now being converted from film to digital media with the NASA LOIRP project. Watch the transformation of the original lunar Earth rise!” 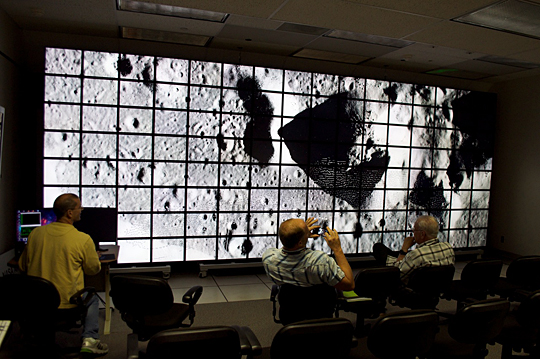 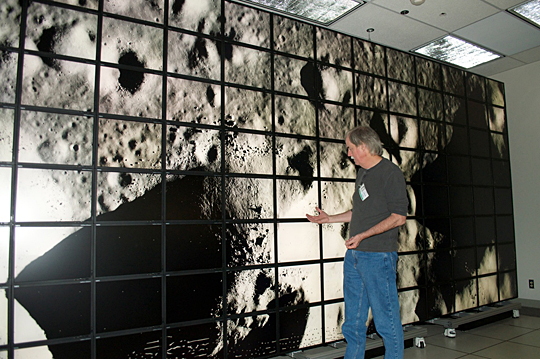 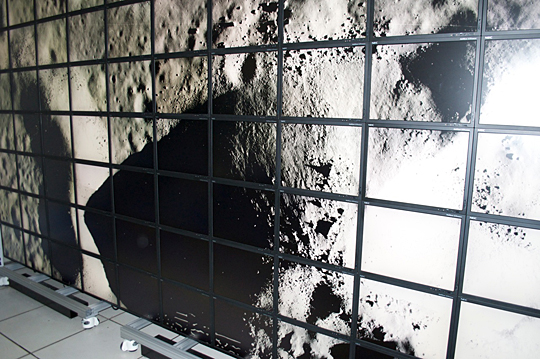 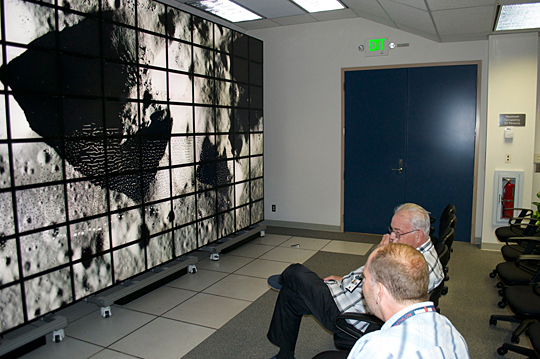 This Week in Photography History: The Lunar Orbiter 1 Takes the First Photograph of the Earth from the Moon, The Phoblographer
It was originally designed to photograph the smooth lunar landscape. The images it took would then be parsed for ideal landing locations for the Surveyor and Apollo missions. The Lunar Orbiter 1 was the first American spacecraft to orbit the moon, and it was the first of five spacecraft in the Lunar Orbiter program that was operated between 1966 and 1967. The Surveyor program followed between 1966 and 1968, and the manned Apollo flights followed later from 1968 to 1972.
Abandoned McDonald’s Houses NASA’s Lunar Photo Project [Pics]

Abandoned McDonald’s Holds Glimpse of Life on Moon, BloombergBusinessWeek
In this installment of Secret Valley, Bloomberg Businessweek’s Ashlee Vance visits NASA’s Ames Research Center where a forgotten McDonald’s, nicknamed “McMoon’s,” serves as the headquarters for a project to digitize fifty year old photographs of the surface of the moon.
Video Offers a Glimpse Into NASA’s Film Digitization Efforts in an Old McDonald’s, PetaPixel
In July of last year, we introduced you to the Lunar Orbiter Image Recovery Project (LOIRP), an effort by the NASA Ames Research Center to digitize some 48,000 pounds of 70mm tape shot by the five lunar orbiters that were sent up to photograph the surface of the moon in preparation for the Apollo missions.
Priceless moon photos getting processed at an old McDonald’s, Houston Chronicle
Near the Ames Research Center in the heart of California’s Silicon Valley, a team funded by NASA is in the process of digitizing photos taken of the moon in the 1960s. These are pictures of the moon before men touched down, taken from five lunar orbiters that shot footage of it in preperation of exploration. Where they are doing it is the best part. The Lunar Orbiter Image Recovery Project (LOIRP) has been hard at work since July 2008 inside an old McDonald’s location on the Ames campus converting 48,000 pounds of 70mm tape.

August 15 (Bloomberg) — In this installment of Secret Valley, Bloomberg Businessweek’s Ashlee Vance visits NASA’s Ames Research Center where a forgotten McDonald’s, nicknamed “McMoon’s,” serves as the headquarters for a project to digitize fifty year old photographs of the surface of the moon. (Source: Bloomberg)

SN Profile: Steve Jurvetson, Managing Director, Draper Fisher Jurvetson (DFJ), Space News
“Steve Jurvetson loves rockets. The well-known Silicon Valley venture capitalist, who attended camp at NASA’s Kennedy Space Center as a child, shares images of the rockets he launches in Nevada’s Black Rock Desert on a Flickr Photostream. … Jurvetson, who sits on the board of SpaceX and Tesla Motors, both founded by Elon Musk, also donates money to space-related organizations, including the B612 Foundation, a group preparing to map near-Earth asteroids, and the Lunar Orbiter Image Recovery Project, an effort to create a digital archive of data drawn from the analog tapes of Apollo missions.” 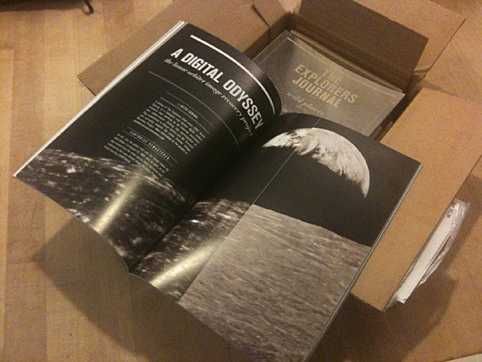 I just got a box of advance copies of the Summer 2013 issue of the Explorers Journal published by the Explorers Club. This issue contains my article on LOIRP: “A Digital Odyssey”. I will try and get a copy posted soon. Larger image

The segment on LOIRP starts at 12:00 in this video 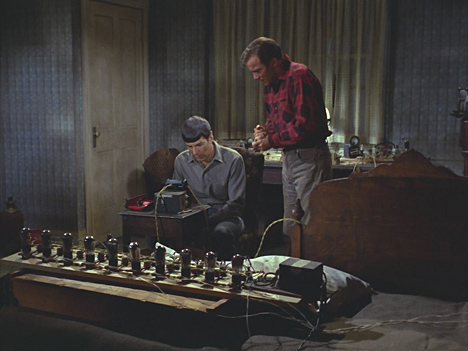 We’re especially happy that William Shatner had these nice words to say about us. You see, we at LOIRP and McMoons have a favorite Star Trek Episode: “City on the Edge of Forever”. As you will recall Kirk, Spock and McCoy go back in time to the 1930s. At one point Spock has to hack his 23rd century tricorder with early 20th century electronics to get data off of it. In our case, we used early 21st century electronics to hack mid 20th century electronics to gain access to 45 year old data. Like Spock and Kirk, we had to do some dumpster diving to get parts. We like to make old things work to explore space. Check out our RocketHub page.

END_OF_DOCUMENT_TOKEN_TO_BE_REPLACED

Some nice folks from Bloomberg TV stopped by McMoons today to shoot a story on the Lunar Orbiter Image Recovery Project. We’ll let you know when it is set to air. 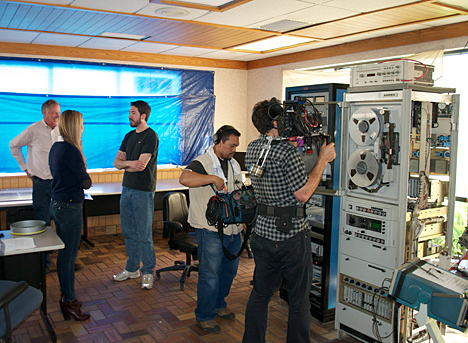 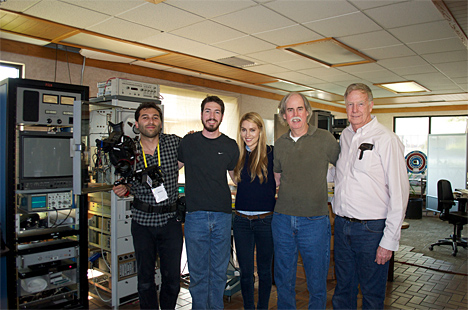