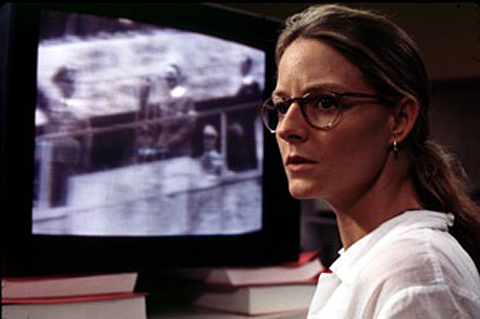 Keith’s note: This pic from the film “Contact” is what it was like when we got our first image – “Earthrise” – in 2008. I was watching over the team’s shoulders via iChat from the east coast and the image appeared – in reverse B&W – we saw the ‘white’ of space and the ‘black’ of the Moon. And then we flipped it. Awesome – like using a time machine to grab something from the past. Just like “Contact”.
Below is the scene from “Contact” where a 1936 TV broadcast – sent back to Earth by an alien intelligence as a way to say “message received” – is slowly decoded.