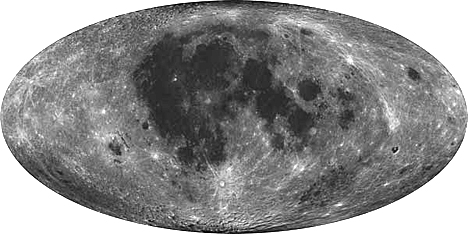 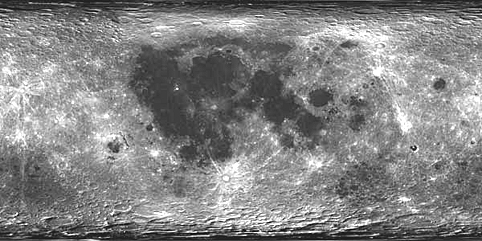 If there were airports and harbors on the moon, the Chang’e-1 could simply identify them, while the Chang’e-2 would be able to detect planes or ships inside of them, said Tong Qingxi, an academic from the Institute of Remote Sensing Applications under the Chinese Academy of Sciences.
The scientists also spotted traces of the previous Apollo mission in the images, said Yan Jun, chief application scientist for China’s lunar exploration project.
Several countries, including the United States, have obtained lunar images with higher resolution, but have not published full-coverage images of the moon with a resolution of seven meters or greater, as China has done, Tong said.
Scientists have made adjustments to the original data to more accurately reflect the topographic and geomorphologic features of the moon, the SASTIND statement said.
Chang’e-2, named after a legendary Chinese moon goddess, was launched on Oct. 1, 2010.
In November 2010, Premier Wen Jiabao unveiled an image taken by the satellite of the moon’s Sinus Iridum, or Bay of Rainbows, an area where the future Chang’e-3 moon probe may land.
The launch of the Chang’e-3 is scheduled for 2013, marking the first time for a Chinese spacecraft to land on the surface of an extraterrestrial body.
The photos of the possible landing site, combined with China’s complete moon map, will provide basic data for the country’s future moon landing missions, Tong said.
The images will also help scientists to understand the moon’s geological structure, as well as give them information about the concentration and distribution of matter on the moon’s surface, Yan said.
The satellite is currently orbiting the moon’s second Lagrange Point (L2), located more than 1.5 million km away from Earth.