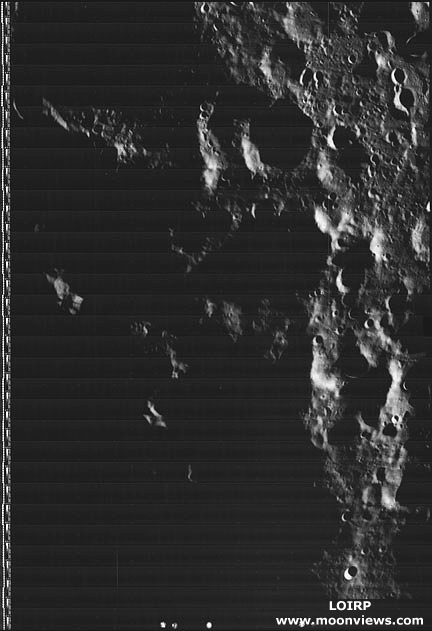 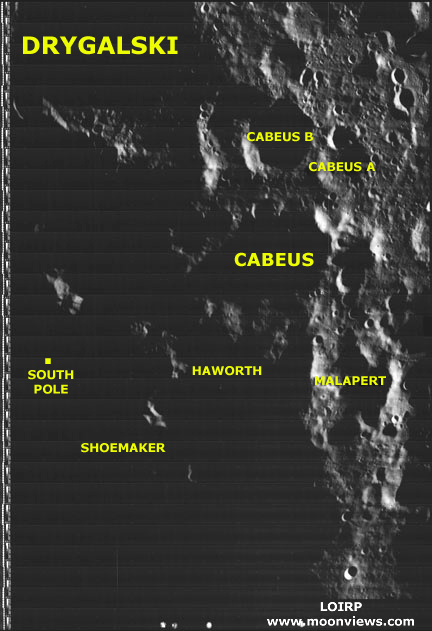 In addition to the Moon’s south pole (shaded), craters visible in this image include Drygalski, Cabeus (with its two satellite craters Cabeus A and Cabeus B), Malapert, Haworth, and Shoemaker. 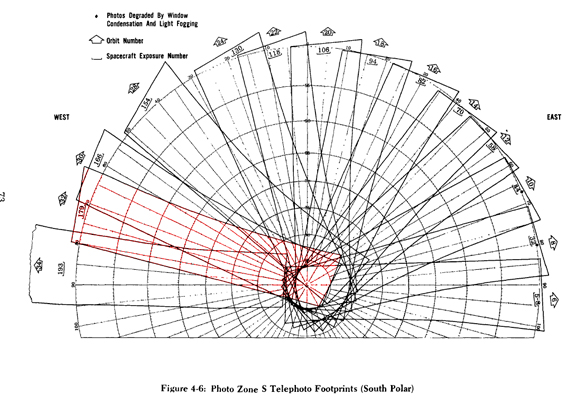 This figure shows the region where this image was shot [red highlight]. Three high resolution frames were shot with this image covering the region over the south pole. [Larger image]

USGS map of the south pole showing the region covered in this Lunar Orbiter photo. 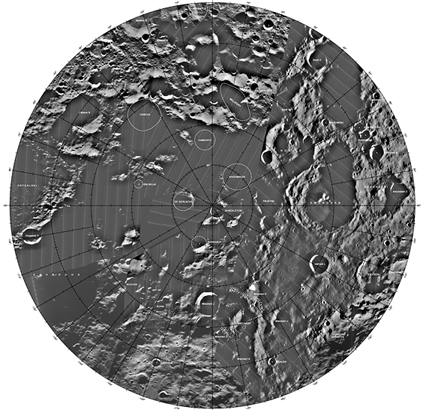 This collection of images of the lunar south pole shows the names of prominent features. Larger view. 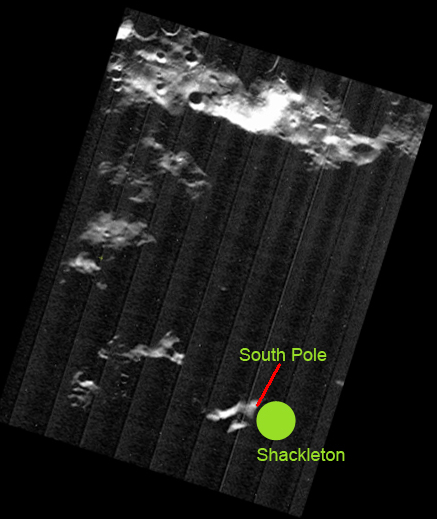 “I have been involved in the illumination analysis of the lunar south pole for a while and your reference image (http://images.spaceref.com/news/2009/LO-IV-179-H1.label.jpg) seemed incorrect based on going over such images so many times. I checked it against Clementine imagery and it turns out that the labels you have are in the wrong places. I have attached a jpeg of the correct placements for the South Pole and Shackleton.” – James Fincannon, NASA GRC