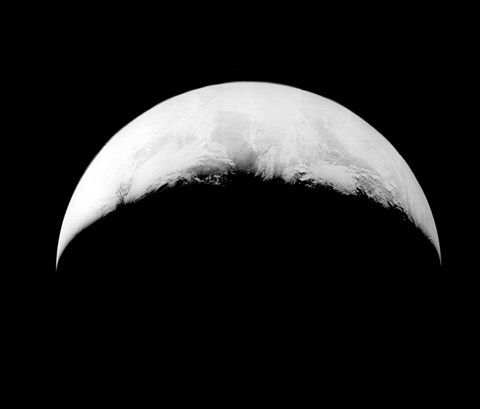 A newly enhanced image of Earth taken from lunar orbit 47 years ago has been released. The image, taken by Lunar Orbiter 1 in 1966, is the latest in a series of images released by the Lunar Orbiter Image Recovery Project (LOIRP).
This image is actually one of a pair of images taken of Earth by Lunar Orbiter 1. Its twin image, taken first, was much more famous and captured the world’s imagination when first released by NASA nearly half a century ago. That “Earthrise” image, as it came to be known, was also the first image re-released by the LOIRP in November 2008.
These two pictures were not included in the original mission plan. Taking these images required that the spacecraft’s attitude in relation to the lunar surface be changed so that the camera’s lenses were pointing away from the Moon. Such maneuvering meant a calculated risk and, coming early in the flight, the unplanned photograph of Earth raised some doubts among Boeing management about the safety of the spacecraft – especially on the very first Lunar Orbiter mission. (see How the Photo Was Taken)

Larger images (various enlargements of 10% of full size image): [medium] [large] [very large] [raw 100% full sized TIFF – approx 1 GB in size – online at NASA soon]
This second earthrise image (Frame 1117) was taken two days after the first image (Frame 1102) on 25 August 1966 at 13:02:05 GMT. As with the earlier earthrise image, you can see a crescent Earth hovering above the limb of the Moon. Most of what you see on the Moon is the farside with the Sea of Tsiolkovsky prominently featured in the medium resolution image. A flaw in the onboard processing of the first image left a large flaw whereas this second image, although it has a similar flaw, is far more uniform in its quality than the first image. 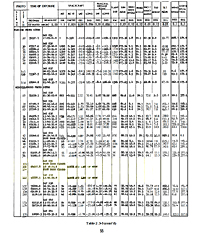 The data chart on the right (larger version) shows time that the two Earth images were taken.
This second earthrise image was taken under circumstances nearly identical to the first earthise image. Indeed the two images look very, very similar. As was the case with virtually all Lunar Orbiter images, this second earthrise always been available to the public albeit in its original, murky, 1966 resolution. But for some reason, this other earthrise never got the same amount of visibility in 1966.
This is not an unusual – the first image was, well, the “first”. This happens a lot. Most people are unaware that Yosemite Valley has a nearby twin, called “Hetch Hetchy”. It is flooded with water nearly a century ago and has served serves as a reservoir, much of its majesty obscured. People used to know about both as equals – but not any more.
The highest resolution versions of Frame 117 previously available are online at the Lunar and Planetary Institute. You can compare Frame 1117 with the earlier Frame 1102 and see that the images are of similar composition. 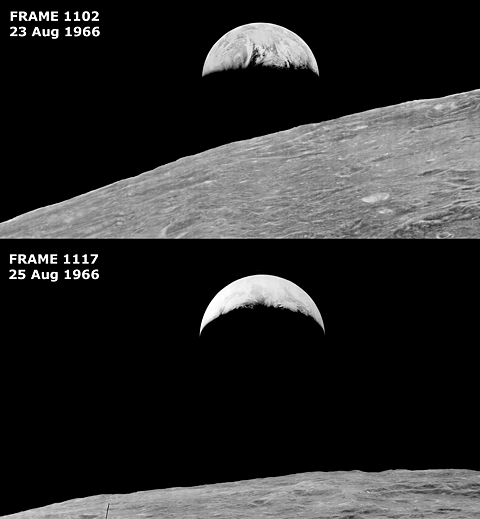 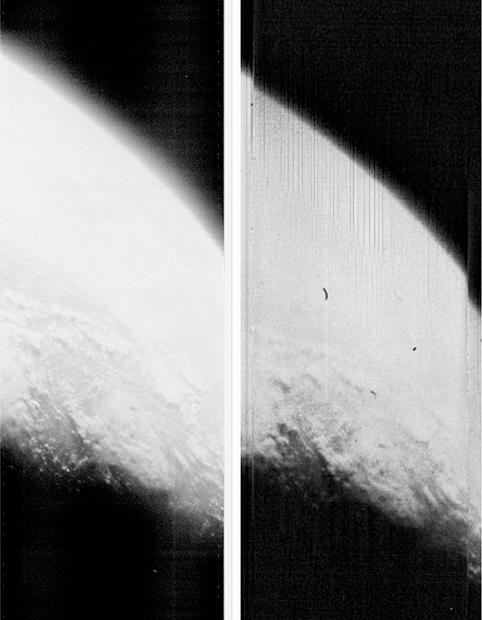 As was the case with Frame 1102, comparing the detail of Earth in the newly reprocessed LOIRP Frame 1117 on the left with that of the original image on the right shows a dramatic increase in dynamic range and resolution. Larger image. 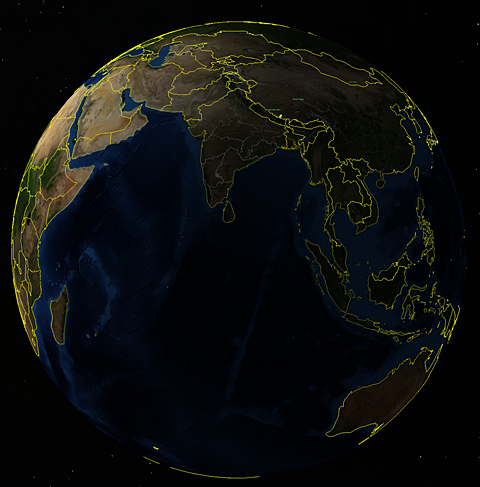 This image shows the orientation of Earth as seen from the Moon at the time that Frame 1117 was taken on 25 August 1966 at 13:02:05 GMT.
NASA flew five Lunar Orbiter missions between 1966 and 1967 to do photo reconnaissance of possible landing sites for the upcoming Apollo Moon missions as well as to conduct scientific research on the nature of the lunar surface.
The LOIRP retrieved this image from the original magnetic tape recorded in 1966 using restored 60s era FR-900 tape drives coupled with modern digital image capture and processing techniques.  This process brought out detail that would have been impossible to see in the 1960s.
The LOIRP’s goal is to recapture the images from all five Lunar Orbiters and to provide the high resolution images for scientists and the public.  All of the imagery and accompanying data will be submitted to the NASA Planetary Data System (PDS) as is the case with all modern NASA missions. The PDS did not exist at the time that the Lunar Orbiter missions were flown.
The primary data capture of all Lunar Orbiter images has been completed. The LOIRP expects to complete these process of retrieving all images and submitting data to the NASA Planetary Data System by the end of 2014.
Support for this project has been provided by NASA, the Solar System Exploration Research Virtual Institute, SpaceRef Interactive Inc., SkyCorp Inc., and hundreds of donors via a RocketHub crowd funding campaign last year.
More information on the Lunar Orbiter Image Recovery Project can be found at http://www.moonviews.com
Related links
– Another Lunar Orbiter Earthrise Retrieved and Enhanced
– How Life Magazine Revealed “Earthrise” in 1966
– Nimbus II and Lunar Orbiter 1 Imagery: A New Look at Earth in 1966
– LOIRP Releases Recovered Lunar Orbiter V Image of “Full Earth”