Sunspot positions and sizes for 1825-1867 from the observations by Samuel Heinrich Schwabe
Samuel Heinrich Schwabe made 8486 drawings of the solar disk with sunspots in the period from November 5, 1825 to December 29, 1867. We have measured sunspot sizes and heliographic positions on digitized images of these drawings. A total of about 135,000 measurements of individual sunspots are available in a data base. Positions are accurate to about 5% of the solar radius or to about three degrees in heliographic coordinates in the solar disk center. Sizes were given in 12 classes as estimated visually with circular cursor shapes on the screen. Most of the drawings show a coordinate grid aligned with the celestial coordinate system. A subset of 1168 drawings have no indication of their orientation. We have used a Bayesian estimator to infer the orientations of the drawings as well as the average heliographic spot positions from a chain of drawings of several days, using the rotation profile of the present Sun. The data base also includes all information available from Schwabe on spotless days.

END_OF_DOCUMENT_TOKEN_TO_BE_REPLACED

“Forty years after the last Apollo spacecraft launched, the science from those missions continues to shape our view of the moon. In one of the latest developments, readings from the Apollo 14 and 15 dust detectors have been restored by scientists with the National Space Science Data Center (NSSDC) at NASA’s Goddard Space Flight Center in Greenbelt, Md. “This is the first look at the fully calibrated, digital dust data from the Apollo 14 and 15 missions,” said David Williams, a Goddard scientist and data specialist at NSSDC, NASA’s permanent archive for space science mission data. The newly available data will make long-term analysis of the Apollo dust readings possible. Digital data from these two experiments were not archived before, and it’s thought that roughly the last year-and-a-half of the data have never been studied.” More

Two-tonne Witch computer gets a reboot, BBC
“The world’s oldest original working digital computer is going on display at The National Museum of Computing in Buckinghamshire. The Witch, as the machine is known, has been restored to clattering and flashing life in a three-year effort. In its heyday in the 1950s the machine was the workhorse of the UK’s atomic energy research programme. A happy accident led to its discovery in a municipal storeroom where it had languished for 15 years.”
World’s oldest original digital computer WITCH returns to life, ZDnet
“WITCH has 828 flashing Dekatron valves, 480 relays, 18 switches, and consumes 1.5kW of power. Remarkably, the restoration team said that the majority of parts in the machine are original. “The restoration was quite a challenge requiring work with components like valves, relays and paper tape readers that are rarely seen these days and are certainly not found in modern computers,” said Delwyn Holroyd, a TNMOC volunteer.” 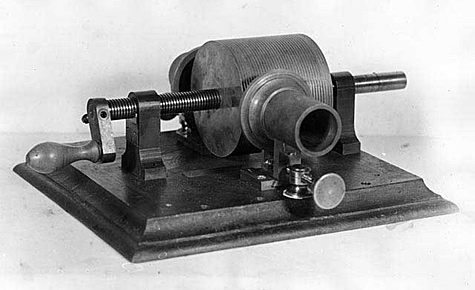 This audio is from a Lunar Orbiter tape made on 24 Feb 1967. In the tape you can hear the techs talking about an image they were expecting to download the next day – an oblique shot of crater Kepler. At one point, one tech says “The Russians said that they saw smoke rising from Kepler but in the medium [resolution image] there is no smoke present.”

“Turyshev and colleagues went searching for Doppler data, the pattern of data communicated back to Earth from the spacecraft, and telemetry data, the housekeeping data sent back from the spacecraft. At the time these two Pioneers were launched, data were still being stored on punch cards. But Turyshev and colleagues were able to copy digitized files from the computer of JPL navigators who have helped steer the Pioneer spacecraft since the 1970s. They also found over a dozen of boxes of magnetic tapes stored under a staircase at JPL and received files from the National Space Science Data Center at NASA Goddard Space Flight Center and worked with NASA Ames Research Center to save some of their boxes of magnetic optical tapes. He collected over 43 gigabytes of data, which may not seem like a lot now, but is quite a lot of data for the 1970s. He also managed to save a vintage tape machine that was about to be discarded so that he could play the magnetic tapes.”
More

“Before this century, the last transit of Venus was in the year 1882. What a different world it must have been! We can’t imagine what it was like to have been there, but – thanks to this video from Tony Misch and William Sheehan – we can almost glimpse the 1882 Venus transit through the eyes of 19th century astronomers.” More at EarthSky 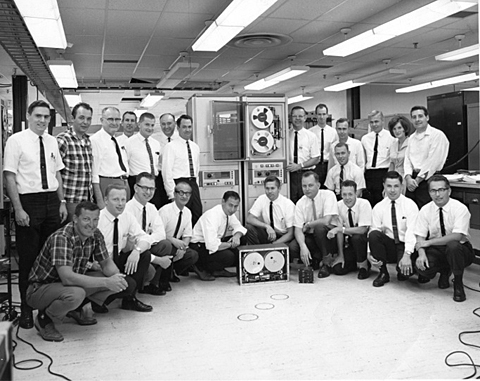 The Ampex FR-900 and AR-550 design teams. The FR-900 tape drives are the large units in the background and were used to record images sent back by the Lunar Orbiter missions. We have two refurbished FR-900s at the LOIRP at McMoons at NASA Ames Research Center. The smaller tape drive in front, the AR-550 is the flight version of the FR-900 and was flown aboard Skylab. 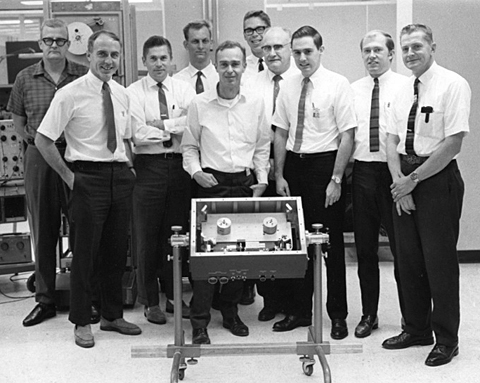 A Real Estate Deal That Spans The Earth, NPR
“As it turns out, the greatest interest in the property has been because of that satellite dish. NASA contractor Dennis Wingo is seriously looking at it. He’s advising a team competing for the Google Lunar X Prize, a $20 million award for the first privately funded team to get a rover to travel on the moon. “We would control them from here,” Wingo says. “To me, that’s way more fun than worrying about the past. As important as the past is, I kind of look forward toward the future.” At this point, Wingo hasn’t made an offer, so the property is still on the market. The asking price for the dish, the bunker and the land: $4.2 million.”

Technologies that we’ve lost – and the quest to find them again, io9
“I asked NASA Watch’s Keith Cowing about this, and he explained that this is just an urban legend. The schematics are all still around, mostly on microfiche, and any ancient computer files just hold images of the original plans as opposed to now unreadably obsolete data. Still, while the knowledge wasn’t lost, it was certainly forgotten, and worse, it was badly organized. As Cowing – himself working on the rediscovery of old NASA documents with the Lunar Orbiter Image Recovery Project – told me, all this archival information was basically abandoned until NASA’s started working on the Constellation program last decade, and now that that project has been forgotten the information is again beginning to gather dust. If there is a point of disconnect, it’s more in terms of how we understand the information and the different ways in which we approach science forty-five years on:”

“If anything’s missing, it’s actually more the explanation. I mean there is some stuff that will never be found again, but it’s all there, and the stuff that isn’t you can sort of figure out backwards. Sometimes you need the equivalent of a Rosetta Stone, because sometimes the way we think today is not the way they thought back then. Sometimes you need an index or a document that explains how they did things or their nomenclature. That’s the one thing that’s sometimes hard to find is what I call a bridge document, an answer guide to how they did the thing back in the sixties. There’s no FAQ.” 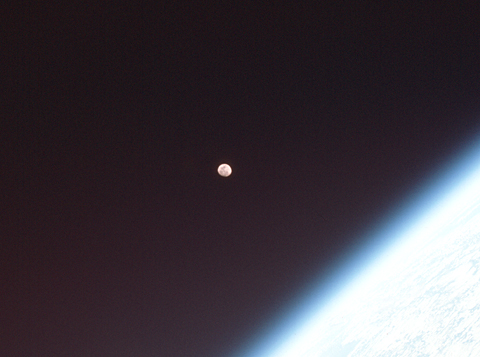